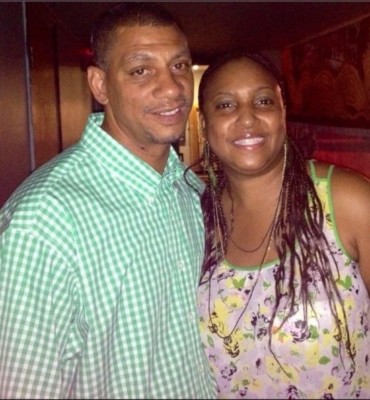 “The rodents were the biggest reason we wanted our own house,” recalls Ann Marie Kennedy-Horton. At the time, she and her husband Karl had been renting a two-bedroom apartment in Codman Square for seven years.

There were other motivating factors as well.

“I was tired of not being able to do the things I like to do with my family, like have a barbeque in the backyard,” she says. “Or not having my own parking space. Plus, the lack of privacy – my neighbors were great and we grew to love each other, but there was a lot of traffic and I didn’t like it.”

Their space got even tighter when a family member moved in with her three kids.

“It was always my dream and goal to own my own home and have that independence,” she says.  “I was mentally ready for a move, but I needed some help to know what to do.”

Then one day in the fall of 2017, she was walking by the CSNDC office while shopping in Codman Square and she saw a flyer in the window advertising the First-Time Homebuyer’s Program.

“I decided to go in and that’s when I met Carolyn McGee,” Ann remembers. Carolyn explained that a new class was starting soon and encouraged Ann Marie to join.

Ann Marie attended the 101 class at CSNDC and then the 201 class at MAHA.

“At that time, we would have qualified for the lower-income home ownership program and it seemed to make sense,” she says. “But it was a rocky road and I was definitely nervous.”

The first challenge they faced was with their credit history.

“What low-income person pays bills on time?” she laughs. “If I was serious, I needed to become disciplined.”

So, she and her husband committed to making some changes to get their credit numbers up.

Next, Ann Marie put her name into the lottery for the low-income properties being built at Morton and Harvard Street.

“Our credit was half-decent by this point. But then then they drew the numbers and said, ‘OK, all you need is a down payment of about ten grand,’” she laughs.

The downside of she and her husband becoming disciplined about paying their bills on time was that  they had not been able to save up that kind of money yet.

“That was very disappointing because I thought I was well on my way and this was all going to fall into place,” Ann Marie says.

As it turned out, she actually had the money available in a 403B account but didn’t realize she could take it out.

“I hadn’t taken the second class at MAHA yet, so I didn’t know that at the time,” she says. “When I went to the 201 class, I got some more information and they helped me understand this and other things.”

Then Ann Marie got a promotion in her job as a Program Manager for Safe Haven at Pine Street Inn. And her husband got a raise in his job as a Park Keeper for the City of Boston. This was good news to be sure, but it put them in a higher income bracket and they were no longer eligible for certain forms of assistance.

“But we were still keeping hope alive,” she says.

Ann Marie says she is a faith-based person, which is where she drew her strength to keep her pursuit on track.

“I trust God to guide and protect my family and I,” she says.

So, she and Karl decided to work with a real estate agent. Their credit score was now in the high 600s and they got pre-approved for a mortgage of $450,000. Over the next nine months or so, they looked at approximately 20 homes with their agent.

“It was really starting to get bleak,” Ann Marie says.  “Some were nice, but we got outbid for them. Others had problems like lead paint. And then others…well, it just was a nightmare.

“Instead of me being excited to buy a home, I was an emotional wreck,” she says.

Throughout this time, she kept coming back to Carolyn at CSNDC for support and help with questions.

“She was very encouraging and kept saying, ‘Stay the course. This is what happens. Remember we told you it wasn’t going to be easy. Just keep at it.’” Ann Marie says.

Fortunately, the story has a happy ending.

“So, I kept at it. I started by driving up and down the streets and looking for “For Sale” signs and calling on homes myself,” she says.

Then her daughters recommended she try a different approach.

One thing led to another and they eventually purchased their dream home – a three-bedroom house on Selden Street in Mattapan. They closed on June 29, spent some time doing some repairs, and moved in during the first week of August – along with the family member and her three children who live in the finished basement.

“Oh my God, I’m still crying on the inside,” Ann Marie reflects.  “It’s beautiful. I love it. Our mortgage premium is more than we were paying for rent, but now we have our own house!”

“I couldn’t have done it without CSNDC,” Ann Marie says. “They educated me throughout the process and helped me understand what to expect. If I hadn’t been anticipating all these steps, it would have become very overwhelming to purchase a house.

“Going to the Homebuyers program was the start,” she says. “They planted the seed for the home.”